With the global economic growth, demand in labour has been increasing, with the sex industry not being an exception. Trafficking is arguably the most rapidly growing criminal industry, the second being drug trafficking. In 2004, globally, it has been estimated that total revenue for human trafficking was between USD $5 billion and $9 billion. A great part of the problem is corruption among law enforcement. Generally, law enforcement figures in the area don’t pay attention to the problem, as the area is more prosperous with human trafficking dominating the market. As it happens, the law enforcement officials often trade their protection for money of the brothel owners. Further on, in many occasions, when a mission is created in a post conflict region, the troops increase the demand for sex workers. The problem is often determining which sex workers are victims of trafficking and which are not, with the victims sometimes not being aware of this distinction themselves. 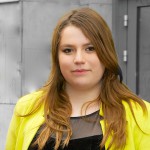