In 1971, the international community recognized the existence of a category of countries particularly ill-equipped to develop their domestic economies, to ensure an adequate standard of living for their populations, and to cope with external shocks or natural disasters which are currently identified as “least developed countries”. Since then, four United Nations Conferences on the Least Developed Countries, and two United Nations Conferences on Landlocked Developing Countries, which were recognized to experience further difficulties in their trade and development process as a consequence of their lack of direct access to sea transportation and heir isolation and remoteness from major world markets, were held. Nonetheless, the problems of the least developed countries and landlocked developing countries have not been alleviated yet and so these countries are being outperformed and outgrown by the more developed nations. Mission of this committee is to succeed were previous attempts failed, to look at the old problems and find new solutions, and to help the citizens of the least developed countries and the landlocked developing countries to see a brighter future. 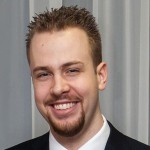